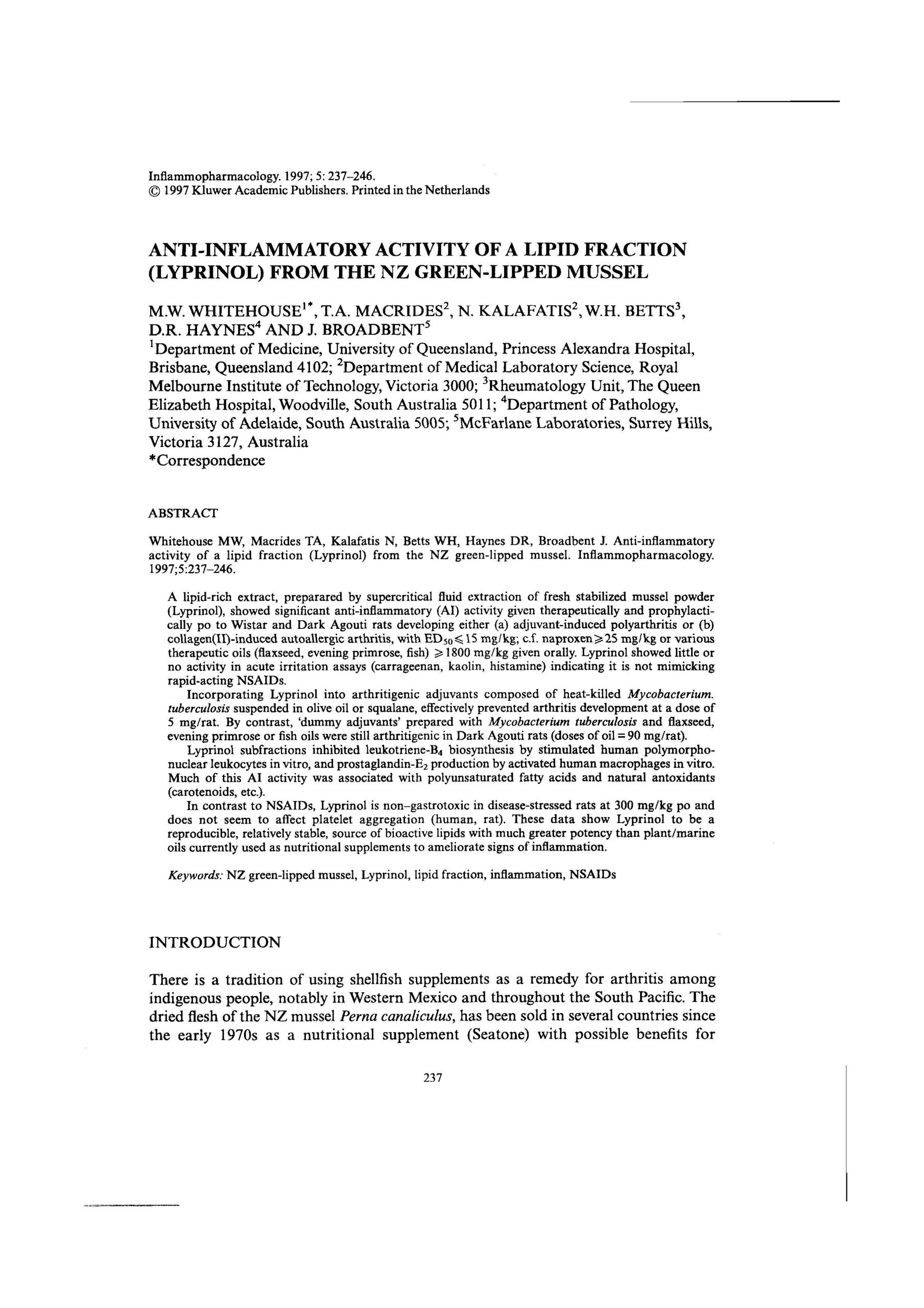 Lyprinol showed little or no activity in acute irritation assays (carrageenan, kaolin, histamine) indicating it is not mimicking rapid-acting NSAIDs.

Much of this AI activity was associated with polyunsaturated fatty acids and natural antoxidants (carotenoids, etc.).

In contrast to NSAIDs, Lyprinol is non-gastrotoxic in disease-stressed rats at 300 mg/kg po and does not seem to affect platelet aggregation (human, rat).

These data show Lyprinol to be a reproducible, relatively stable, source of bioactive lipids with much greater potency than plant/marine oils currently used as nutritional supplements to ameliorate signs of inflammation.