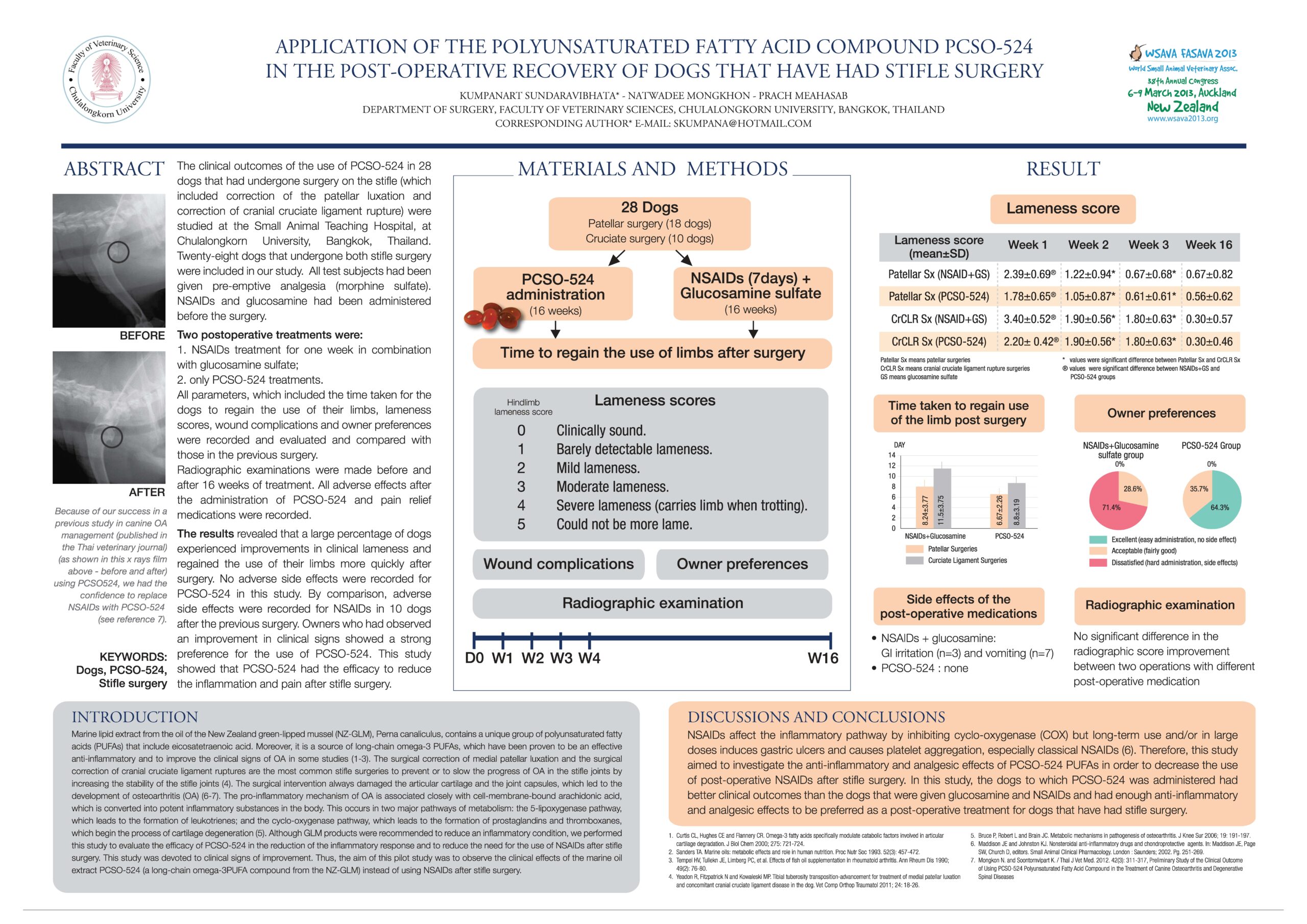 The clinical outcomes of the use of PCSO-524 in 28 dogs that had undergone surgery on the stifle (which included correction of the patellar luxation and correction of cranial cruciate ligament rupture) were studied at the Small Animal Teaching Hospital, at Chulalongkorn University, Bangkok, Thailand.

Twenty-eight dogs that undergone both stifle surgery were included in our study.

All test subjects had been given pre-emptive analgesia (morphine sulfate).

NSAIDs and glucosamine had been administered before the surgery.

All parameters, which included the time taken for the dogs to regain the use of their limbs, lameness scores, wound complications and owner preferences were recorded and evaluated and compared with those in the previous surgery.

Radiographic examinations were made before and after 16 weeks of treatment.

All adverse effects after the administration of PCSO-524 and pain relief medications were recorded.

The results revealed that a large percentage of dogs experienced improvements in clinical lameness and regained the use of their limbs more quickly after surgery. No adverse side effects were recorded for PCSO-524 in this study.

By comparison, adverse side effects were recorded for NSAIDs in 10 dogs after the previous surgery. Owners who had observed an improvement in clinical signs showed a strong preference for the use of PCSO-524.

This study showed that PCSO-524 had the efficacy to reduce the inflammation and pain after stifle surgery.